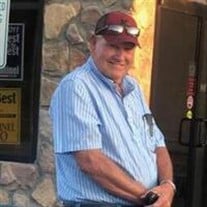 The family of Milford Wiley Brown created this Life Tributes page to make it easy to share your memories.

This is a courtesy obituary for Hopper Funeral Home in Barbourville,...