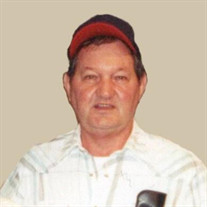 Lawrence “Junior” Napier, age 76, of East Bernstadt, Kentucky passed away on Sunday, December 20, 2020. He leaves behind his loving wife of 52 years, Mary Jones Napier; his daughter, Betty Karen Napier of East Bernstadt, KY; his sister, Jenny Scalf & husband Hiram of London, KY, plus a host of other family and friends to mourn his passing. He was preceded in death by his parents, Lawrence Napier, Sr. and Sue Cox Hayre; and by five siblings, Mattie Louise Perkins, Johnny Napier, Carl Gene Napier, Conley Napier, and Mary Ann Hensley. Lawrence was retired having worked as an equipment hauler. He was of the Baptist faith and attended Lick Fork Baptist Church. Lawrence was also a veteran of the United States Army, and a lifetime member of the American Legion Post 16 in London, Kentucky. Funeral services for Lawrence “Junior” Napier will be held on Tuesday, December 22, 2020 at 12:00 p.m. in the chapel of House-Rawlings Funeral Home. Burial will follow at Cumberland Memorial Gardens in Lily, Kentucky. The family will receive friends on Monday, December 21, 2020 beginning at 6:00 p.m. also at the funeral home. The family has entrusted House Rawlings Funeral Home with the arrangements.

The family of Lawrence "Junior" Napier created this Life Tributes page to make it easy to share your memories.

Send flowers to the Napier family.