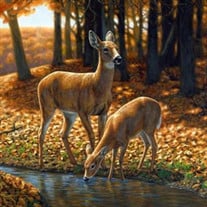 Jerry “Edd” Barnett, age 82, of Somerset, Kentucky and formerly of Laurel County passed away on Friday, October 29, 2021. He leaves behind two children, Judy Norris & husband Jim of Marietta, GA, Jessie May & husband Phil of Lewisville, NC; three siblings, Wilma, Patsy and Judy; four grandchildren, Mitch Norris, Paige “Jasper” Norris, Steven May, Spencer May, plus a host of other family and friends to mourn his passing. He was preceded in death by his wife, Janet Hensley Barnett; his parents, Oscar Caudill Barnett and Ruby Hubbs Barnett; and by ten siblings, Charlie, Shirley, Reva, Jessie, Henry, Glen, Charles, Oscar, Gene and Allen. Jerry worked at Contel, GTE, BellSouth Mobility and retired as a Network Operations Supervisor for Cox Communications. He was honorably discharged from the U. S. Navy after 10 years, and continued serving in the Navy Reserve, retiring with the rank of Chief Petty Officer. A memorial service for Jerry “Edd” Barnett will be held at a later date. The family has entrusted House-Rawlings Funeral Home with the arrangements.

The family of Jerry "Edd" Barnett created this Life Tributes page to make it easy to share your memories.

Send flowers to the Barnett family.