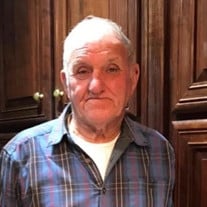 VISITATION WILL BE DRIVE-THRU ONLY

Send flowers to the Reams family.