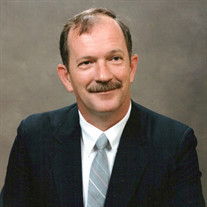 Caleb McFadden Jr., age 72, of London, Kentucky passed away on Tuesday, April 19, 2022. He leaves behind one daughter, Susan Adams & husband Glen of London, KY; one grandson, Dalton G. Adams of London, KY; five siblings, Jimmy McFadden of Harrison, OH, Elizabeth Sibert of Mason, OH, Mary Bullock of Katy, TX, Alpha Fields of London, KY, John McFadden of Louisville, KY, plus a host of other family and friends to mourn his passing. He was preceded in death by his wife, Sue Wyatt McFadden; his parents, Caleb McFadden Sr. and Bessie Rader McFadden; and by his granddaughter, Jessie Lyn Adams. Caleb retired as a Master Sergeant in the United States Army National Guard. He also served our country in the Vietnam War. He was a member of Shady Grove Baptist Church in London, Kentucky. Caleb was a Shriner and also a member of McKee Lodge #144 F&AM. Funeral services for Caleb McFadden Jr. will be held on Saturday, April 23, 2022 at 1:00 p.m. in the chapel of House-Rawlings Funeral Home with Bro. David Smith officiating. Burial will follow at Laurel River Cemetery in London, Kentucky. Military honors will be provided by the American Legion Post 88 of Corbin, Kentucky. The family will receive friends on Friday, April 22, 2022 beginning at 6:00 p.m. also at the funeral home with Masonic rites beginning at 7:00 p.m. The family has entrusted House-Rawlings Funeral Home with the arrangements.

The family of Caleb McFadden Jr. created this Life Tributes page to make it easy to share your memories.

Caleb McFadden Jr., age 72, of London, Kentucky passed away on...