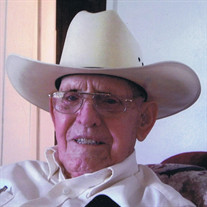 ARTHUR COLE (AC) POPE, 105, of Somerset, KY. Passed away on Tuesday, September 4, 2018. Arthur was born on November 30, 1912, in Laurel County, KY. His parents were Charles Wallace and Della Bales Pope. In 1932, Arthur married Minnie Jones in Cynthiana, KY. They had 6 children: Geraldine, Arthur Gorman (Harriett), Alvin Lynn (Reva), Leeman Coy (Alice), Melvin Cecil, and Janice Alene Pope Miller (John). Arthur is survived by 2 children: Alvin and Leeman; 8 grandchildren, and 12 great grandchildren. He was preceded in death by his parents, Charles and Della Pope; 2 sisters, Edith Pope Barnett, and Cleta Pope Hinton; his wife, Minnie Jones Pope; children, Geraldine, Gorman, Melvin, Janice and husband John Miller, and grandson Arthur Gorman Pope, Jr. Arthur attended grade school and grew up in the Pine Grove area of Laurel County. After he married, he went into the lumber business with his father. In 1949-50, he and partner Cooper Eversole opened and operated a coal mine on land they owned on Wood Creek. In 1954, he opened and operated a Somerset Refinery, “Home Town” service station on North Main Street in London. In the 1960’s he leased the London station and pursued other business ventures including the George Phelps Exxon Distribution in Somerset, the Ford Tractor Dealership in Somerset and with partner Clarence Warren the Pulaski Gas & oil, retiring at age 73. Private graveside services will be at Wigginton Cemetery, London KY at 11:00 a.m. Saturday, September 8, 2018. In lieu of flowers, a contribution may be made to the Markey Cancer Center, University of Kentucky, or charity of your choice or church. House-Rawlings funeral Home is in charge of the arrangements.

The family of Arthur Cole (AC) Pope created this Life Tributes page to make it easy to share your memories.